How was your journey, I heard you got into a massive traffic jam?
It was good! I was sleeping most of the time so it was fine!

Cool! You made a trilogy of albums before, have you thought about continuing that with the new album?
The first three were all home recorded and similar, the one after that was studio recorded. This one is a studio recorded as well but I tried to make it more similar to my earlier records because there is so much more instrumental songs. It stands for itself.

How did you translate the atmosphere of recording in your mother’s basement to working in the studio?
Well, a lot of the new album was recorded in my own house, in my room. So I started out with stuff that I recorded at home and then brought to the studio. I still have the stuff that I recorded at home on the record though, so it feels more personal. Also, I’ve gone to studios before to write songs there, but there is so much more pressure because you have to pay for your time there. The clock is ticking. 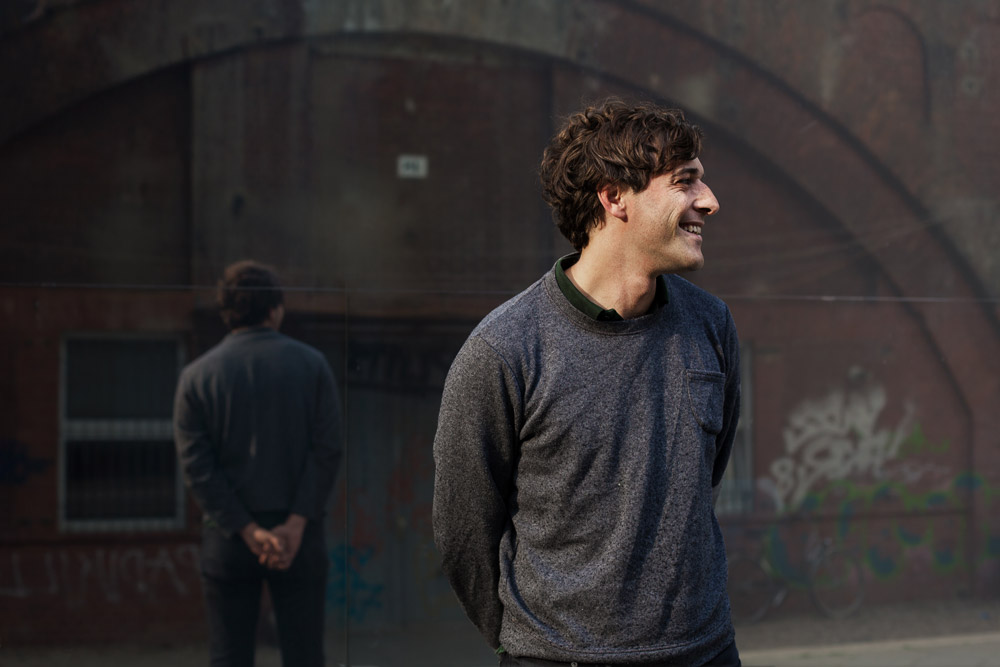 Good to hear! How autobiographical, is the album?
The album is super autobiographical. It’s about moving to a new place, being in a relationship and the ups and downs of that. Headbanging in the mirror, the single is about being really speedy. When you had a lot of coffee and you’re shaking with speed.

On the new album you turned to a more traditional way of songwriting and much less experimental structures, how come?
I’ve been listening to more classic songs and been more appreciative of songwriting and making really clear consise songs that were personal but simple. I didn’t want to make it to abstract and make it easy to play on an acoustic guitar. ‘Ducktails’ is just me in my own head doing everything I want to, all over the place, in different styles. With ‘Real Estate’ every song is cut from the same tree and with Ducktails every song is a different universe that I can explore because it’s just me. I like making music that’s dreamy. The song ‘Reprise’ on my album is actually a slower version of the song ‘Heavens Room’. It is actually the demo of that song and the reprise of that song. I really liked the recording and I slowed the song down. I liked the way it sounded and wanted it on the record because that’s what a lot of demos I make sound like. I wanted people to hear what it was like to make the record. My old records were all half finished ideas and this record is all solid so I wanted something that was work in progress on the album.

The picture I had in my mind for the feel of the album is a guy driving around in a car, bored and stating his observations on people he sees on the street.
I like to listen to a lot of music driving around in my car so I think that would be a good setting to listen to my album. When you’re moving in a car and you look at other people and things, you’re more observant as you are passing by. I like to listen to music and I test music in my car. I can be inspired by looking at people or even nothing.

“Judge an album by its cover“ that’s actually a quote by you! So what about your album cover?
I said that? Oh wow! Yes, definitely. The album cover is a picture of Michelangelo Statues. I had a tourist book from the 70ties of photos and I saw that and liked the floor patterns and the three statues and I think that the record has a beautiful church or museum, statue kind of feeling. I wanted it to feel like you were walking through a botanical garden looking at statues so I put the on the cover to make it feel like that. So there is not much meaning to it but ‘judge an album by its cover’ and attach a beautiful picture to it that you want to attach to the music.

What about your song ‘Krumme Lanke’, which is a lake in Berlin?
I recorded that song in Berlin! I was writing in a studio in Kreuzberg and went to that lake a few times in summer and I thought I should name the song Krumme Lanke. The song itself doesn’t have a lot of meaning to it, but I love that lake so I thought I’d place it there. I had a really great time in Berlin and I would so live here again!

Last question: Do you have a super sick time management or how do you deal with putting out albums with Ducktails on a regular basis but also working on Real Estate all the time? My guess: Time machine!
I wish! For this album, I would record a little bit and then listen to it while on tour with Real Estate which gave me a lot of time to decide if I liked it or not. The old albums I recorded in a month and this one took over a year. It just goes on each cycle, I worked on this album for the longest time I’ve ever worked on a record before.