Teresa: You used to be a professional ballet dancer and started recording music in your  bedroom,  after a back injury forced you to quit dancing. Looking back today, do you  think your  injury was somehow almost lucky?
When you are 18, you feel like you have it all figured out. I thought I was gonna be a dancer, then  a  choreographer and never thought about what I was  gonna do when I was 30–I never had a  Plan B. So  when I got injured, it was a  really horrible tough time. It wasn't like I woke up the  next day and music  was  there, it was a process. For a few years I was mourning the loss of dance  and  was really depressed, got a job in café, got a job in a kindergarten. I was used to having this passion and  suddenly it was gone. Then slowly I started writing songs, I didn't plan to sit down  and write a song it  was more of a situation where you want to talk to someone about something  and don't know who to  talk  to, so you write it down. I realized I really had something to say here,  so I put something on MySpace, got signed to a record label and put out an album shortly after.  At some point after a few  years I was like:'Wow! I'm a musician!'  because I record music and I  release albums. Looking back at it I'm happy for what happened and like to think that there was a reason for it. Now, I feel like I can express myself so much fuller than with dance, because dance is just one dimension. Now I am the storyteller instead of being somebody else's puppet.

Would you still say your music is as personal as a diary to you?
There are a few things that I keep to myself. A lot of it I say in between the lines or wrap it into  stories.  I find ways where you have to listen extra carefully to pick it up. A lot of my favorite  artists do that as  well, Thom York's lyrics are never gonna be simple, you have to listen to it a  few times before you get  it and often there is an open ending. There are definitely things that I find hard to say, mostly because I don't want to hurt the people  close  to me by saying things that I never said to them. 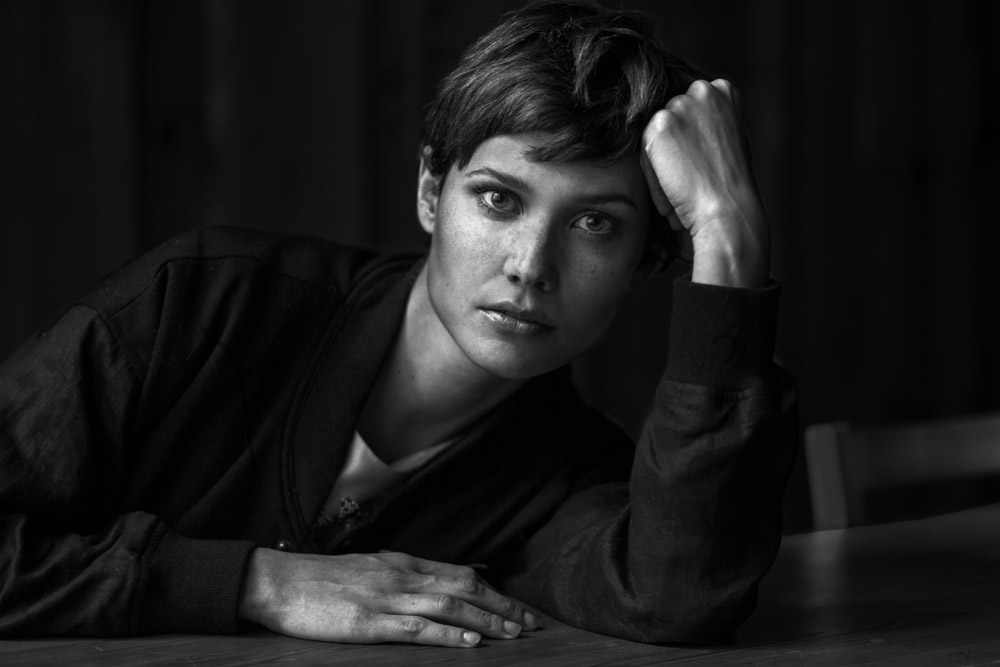 Is that also a reason why you chose 'Oh Land' instead of  your full name as your stage name?
Well, it was a really personal project so I was thinking about calling it Nana like my first name but then I had just gone through this crazy time period of loosing dance and I felt like I had put so much of my identity into dance that I didn't know who I was without it. I didn't want to risk loosing music and lose my identity again, because if it failed or if I lost it, my name would be on it, my personality would be on it, so I wanted to have another name. I liked that Oh Land wasn't masculine or feminine and you could not tell if it's a band or a solo artist, Oh land seemed very open. Right now I'm super happy that it wasn't Nanna Øland, because then you are always your stage name when you go to the bank or the airport or etc...

The first song of your album is called 'Machine' can you tell me something of the machine that you are singing about?
Yes, when people change themselves to fit into society because they want to be accepted. I think it is really sad when the Media makes us look so homogeneous, so the slightest difference makes you feel like a freak. Like, I have a big nose, if I don't have Kim Kardashians butt, I don't fit in, I'm gay or I have only one arm, everyone who does not fit the 'norm' feels freakish. I think you can break out from the machine you don't have to fit into it. The more people who stand out accept the beauty in their differences the more people will follow. We will be freer and change the machine from something that only does one thing, to something that can do many things.

Throughout the album I felt little hints of criticism about the world around you, did I make that up?
You are absolutely right. The album is more critical and frustrated. I think you go through different phases in your life. One that is really hopeful and seems full of new possibilities and then you come to a level where you see behind the curtains and realize the structure of how thinks work and how calculated they are. You see people with good intentions get manipulated and get manipulated yourself. In the album there is a lot of frustration of how the world works and how you make a difference in a way that you wanted to make a difference as a child. How do you do that? You are just one person in the world who is constantly torn between: if you do this it is bad for that and if you do that, it is bad for something else. It feels like what ever you do in good intention it will also be bad for something else. When you get older you realize that nothing is black and white and everything is a gray zone which is really frustrating because you want to wake up every day and be able to make a difference. You can be so critical just watching TV, you just sit there and be lazy and a little self-righteous being critical about others who put themselves out there. Nobody goes through live and doesn't make a thousand mistakes.

For this album you took full control, got the funds for the album via crowd funding. Was that a result of a frustration about the world around you, or the music industry?
Definitely for me this album was my way to break out of the machine. I was not gonna follow some outdated rules that where made up in the 80ties by the record industry. A lot of times you feel like there is one way to do it and that is how most people do it. When you are young you think you have to go to the gym and after school you have to go directly to collage and you all have to do this and if you don't, you are weird! And I thought I don't want to release an album if I don't fell like it and I don't like to be thrown around like a piece of meat to different songwriters and label bosses. I like to do it in my own pace and follow my own creativity and I can do it my way. Why not have this be between me and my fans because in the end, those are the people I make my music for. For the people who really care and not just follow what is trending.

'Favor Friends' is my favorite of the new album and for some reason I have this image in my mind where you jump out of a Bollywood cake and sing this song while ballet-bollywood dancers swirl around you, can you tell me why?
Actually there is a bit of Bollywood rhythm in the song. In a weird way there is a lot of Indian middle eastern influences in my music. Now that I think about it, maybe it's because when I was 18 and just stopped dancing my girlfriend who had traveled through India gave me this cassette tape with Indian music and I listened to it non-stop. I never thought about this but I think I got a lot inspiration from that tape and I listened to it mostly because I thought it was funny. Ok, so it makes sense that i had this nicely choreographed Bollywood dancers in my head then! I could never have a choreographer for my stage show though. For me being on stage is the moment where I feel the most free to be myself and do what I want to do. it hasn't always been like that, I come from a world where everything was choreographed in ballet and you knew exactly at what beat of the music you where gonna run there and do that kick and that jump in an angle of 45°. Finding myself on stage was areal journey and I just started to think of the stage as this space that is my own safe house. Now, the stage is the place where I feel most relaxed and the more I relaxe the more the audience relaxes and people dance how they wanna dance and not to certain dance moves to look cool or pretty. It's just important to me that I don't have to fit in boxes.

You are a coach for Denmark's 'Voice Kids' do you think you yourself benefit from that?
I am not looking for the next Beyoncé or the next Drake, I prefer it when you can't hear the influence and the voice is just very true and genuine and comes from an emotional place rather than a rehearsed one. When you find a kid who clearly isn't coming from a performing home and then he goes on stage and sings with his heart not from his mind, it reminds me of what I wanna express with music. I don't want to get caught up in technique because singing is just emotional communication with other people. When it fits too much into a format I get bored because then it's just acrobatics to me there is a difference between acrobatic and dance. Most dance wants to tell a story whereas acrobatics is just about being impressive. It's crazy when you think their musical influence is contemporary music, which is super compressed. Almost everything is auto tuned and not the way a voice sounds naturally. These kids here it and learn to copy it because they don't know there is a compressor and auto tune on it. So they learn to sing in a way that naturally sounds like it' compressed and auto tuned and it's crazy. Some of them can't even sing the alphabet song without doing all these little twirls and twists and effects. It's not the way people sang when I was kid, there people just sang.