You were in the States in the beginning of the year how did it go?We went to LA, San Francisco and NY and did shows there which was a lot of fun. The audience was great and it was warm in LA which was nice. In Stockholm is still winter and the cold bites. When I arrived in Berlin, the first thing I did was put on some shorts.

…because you have quite the history already, starting with Swedish idol 6 years ago after which you got signed to a major label.
I’m still with the same label in Sweden and released an Album called „Tove Styrke“ in 2010. Then I decided to take a break from the music industry and moved back to my hometown Umeå which is up north and kind of a small town. I didn’t really take a break from music but I needed to experience music without any pressure to sell music. So, I went home and did nonsense, went to concerts, listened to music and wrote a lot of music. After some time I had a vision of what I wanted to do and started working on the new album. 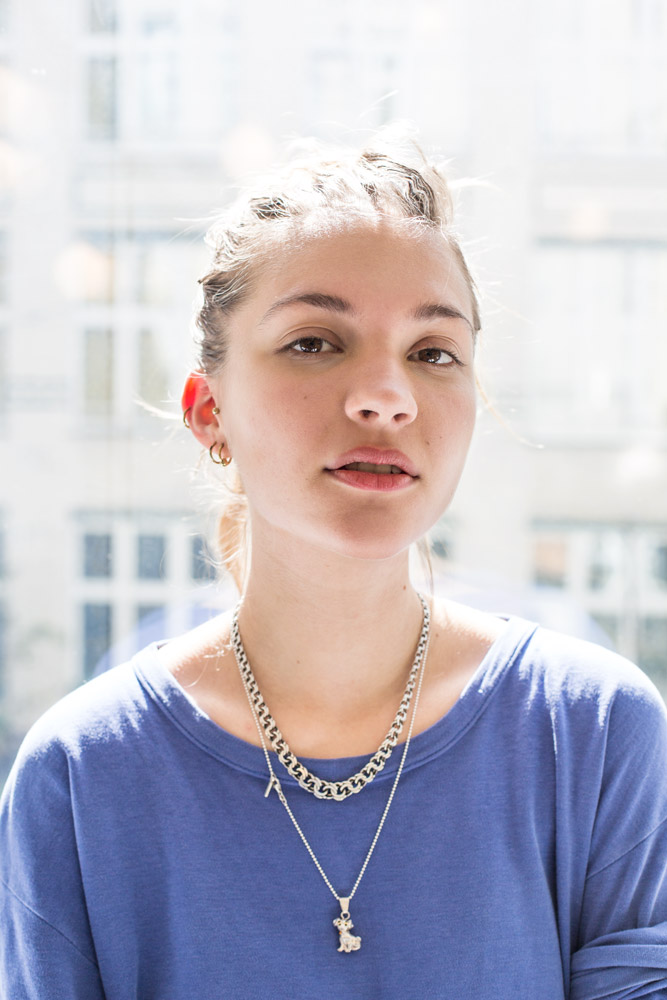 You took me on quite a trip through musical genres with the already released songs Borderline, Ego and Even if I’m talking to you, what is the red line throughout your music?
There were definitely things I was curious about that I wanted to explore. The record is quite divers. Each song is like a story of itself. I tried to get to the chore of each song, of what I wanted to express and how I could do that. So they are very personal to me and that is what makes them fit together. They all come from the same place within.

Would you say this is your comeback?
I would say for this record I started from a completely different point. I still like the old songs and old record but I was on a mission with this record. It is not very hard to write lyrics that sound nice and rhyme but it is really really hard to write lyrics that sound nice, rhymes and comes from a place that is real. It is kind of scary to do. The first record was really a process of learning how making an album works, that was when I realized that I could write my own songs. Cooperating with other people and the whole business. For this record I had a foundation to built on, I had a vision and then I could just do that. Even though it hasn’t come out yet and I don’t know what people will say, I am really happy about it because I accomplished what I set out to do.

What is the main force that drives you to making music?
What I realized when I had my break
Even if I don’t have anyone who would want to put out my music I would still do it because it makes me feel good and I enjoy it!

What do you think about the importance of lyrics and music?
For me it always starts with the lyrics or an idea. For instance with “Borderline“ I had the idea to describe the patriarchy as a matrix, something fictional that you can wake up from and started to play around with that. Soundwise I really wanted it to feel almost like going to war. I wanted metallic drums, I thought back beat almost like in reggae music would fit and be interesting to try. For me it is really important that everything fits together well, also the visuals to emphasize the feeling of breaking free. You have to find people that you trust to translate what you want to say. My expertise is music so if I would direct my own videos I would have to spent as much time, as I have done making music on that. It is so important to find people you klick with.

Swedish Idol is a commercially successful show, do you feel pressure to be commercially successful?
At the moment I don’t feel pressure at all because all the things that happened I did ask for.I wanted to make an album so I was like ‘Can we do this?’ I wanted to reach a bigger audience so I asked ‘In how many countries can we release it?’ like that. I don’t feel like I’m caught in anything and it sounds cheesy but the people around me are really working with me, together. I think that is key when you do something creative.

You drew a lot of inspiration for the new album from Kill Bill, what did you find most inspiring about it?
I think it’s the feel of the movie it is very gritty and I like the idea that she is on this mission to kill Bill. I really like the vibe of the whole setting. And Beatrix Kiddo is the coolest character ever. So I named my album “Kiddo“.

What were you out to kill with the new album then?
Some things I guess. Writing lyrics to me is a good way for me to deal with my feelings. I have been writing about a lot of things that are bothering me, so when I’m angry or frustrated I can use that as fuel and make something out of it.
It’s a way of taking control.